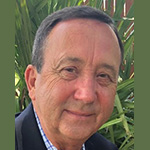 A two-time double lung transplant survivor, Tom was diagnosed with Kartageners Syndrome and bronchiectasis as a child. After learning of his need for a transplant, Tom relocated from San Antonio to St Louis, where in May 2007 he received a bilateral lung transplant. After returning home and to work, he was diagnosed with chronic rejection in 2008, and listed for a 2nd bilateral lung transplant. Once again he relocated to St. Louis and, following a very challenging two-year wait, Tom was re-transplanted in September 2010. He’s been blessed with relatively few issues since that surgery.
Tom received a BBA degree in Marketing from Sam Houston State University in Huntsville, TX in 1980. After a 25-year career in sales management in the Petroleum Marketing industry with Texaco, Star Enterprise, Motiva and Shell Oil Companies, he started his own company, a property insurance inspection business.

In addition to Second Wind, Tom volunteers with several other organizations. He is a past president and current member of the National Educational Foundation board of Pi Sigma Epsilon National Fraternity in Marketing Sales Management & Selling. He serves locally with the Texas Organ Sharing Alliance of San Antonio and Donate Life Texas. Tom is also a transplant mentor with the Barnes Jewish Hospital and the Lung Transplant Foundation Mentor programs.

Tom and his amazing wife and caregiver, Irma, reside in Boerne, TX and have a son, Joshua who is a freshman and track athlete at Dallas Baptist University.

Gary received his B.S. in Business degree from Kansas State University in 1966 and his MBA degree from Webster University – San Diego in 1987. He worked for a Fortune 500 company in the canned food business for 33 years and retired in 2008. Gary held several positions with this company including Accounting Manager, Plant Controller, Financial Analyst, and was VP of Logistics when he retired. He worked in several locations throughout the U.S. and did a great deal of world traveling.

Gary was diagnosed with Idiopathic Pulmonary Fibrosis in 2005 and had a lung biopsy in 2007 to determine the lung disease was in fact IPF. He went on supplemental oxygen 24/7 immediately after the biopsy. Gary was evaluated for a lung transplant in March, 2009 and received a sequential bilateral transplant on April 7, 2009 at UCSD – San Diego after a very brief period of time on the transplant wait list.

He has been very active with the lung transplant group at UCSD – San Diego, actively participating in group meetings and discussions at UCSD-Thornton hospital. About one year ago, a group of lung transplant patients and other professionals decided that we were so grateful for all that has happened to us that we wanted to help others that may not be so blessed with their health and financial situation. We formed a non-profit 501 (c) (3) corporation which is has a website that is active. Gary is Treasurer of this non-profit company.

Gary joined Second Wind in May 2009 and in January, 2013 became a board member of Second Wind and has been elected to the position of Treasurer.

He has been married for 40 years and has 2 adult children and 2 grandchildren.

You can reach Patrick with any information by clicking Here 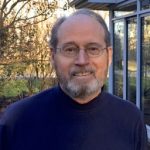 Patrick Henry is a retired public servant and author (www.jpatrickhenry.net) who, as a result of a diagnosis of end-stage emphysema, received a single lung transplant at the Cleveland Clinic in August, 2015.

It was there that he learned of Second Wind from a gentleman who acts as the organization’s liaison to CC, and he became a member immediately upon his release.

In late 2017 he read an article in the Second Wind newsletter, “Airways”, by past Board President Cheryl Keeler in which she highlighted the organization’s serious need for new board members. Having long admired Second Wind’s dedication to serving the needs of pre and post-transplant lung patients, he felt an obligation to become part of this effort and joined the board in early 2018. Now in his second year on the board, he has accepted responsibility for leading the Financial Assistance Program Committee, and the role of Secretary to the Board.

Patrick is proud to be a part of this board, pleased to serve along side a group of highly motivated and dedicated people who volunteer their considerable time and energies to assure that Second Wind can continue to fulfill its mission. 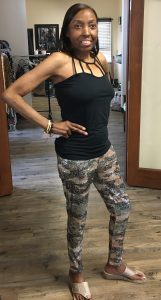 After having good health most of my life, being diagnosed with connective tissue disease in my mid 40’s totally changed the trajectory of my life. After 23 years of working as a nurse case-manager, I myself became the patient working with nurse case-managers. I retired early and started working in pulmonary rehab. Seeing how others in rehab did so well after transplant, it was easier for me to decide to go ahead with the lung transplant. After waiting 4 months, doctors found a miracle with my name on it. I received a left lung transplant 3-9-10. My after-care has been great. I thank my entire medical team for a successful experience. God has given me a cause and the strength to fulfill it, for which I am forever grateful. With God’s grace I’m expecting the latter part of my life to be the best part of my life. 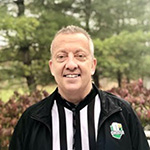 Eric is previously married and the father of a 26 year old son who’s an engineer at Honda, and a 21 year old daughter who is attending OSU in dental Hygiene.  He is recently engaged to Lyn but a date has not officially been set for their wedding. Eric is a graduate of Ashland University in Ashland, Ohio and grew up in a small town, Hayesville not far from there. He has spent his entire career in Business Development/sales/Management and worked in several different industries. He also is back umpiring baseball for his 9th season, and it’s not uncommon for him to do over 100 games a season.

Eric also serves as a trustee on several committees: The FNCCC which is an area zoning development organization.  He is also Past President of his neighborhood community and acting VP currently. He is active in his church and sang for many years in the church choir. He is an active Ambassador Speaker for Lifeline of Ohio, helping educate high school health class students the importance of organ donation, as well as speaking at OSU nursing meeting and student classes involved with Pulmonary rehab – all as a means of giving back after his transplant.

Eric was first diagnosed with scarring in his lungs – bronchiectasis – after a freak fall from a roof peak while hanging Christmas lights in 2006 – after x-rays were taken to confirm if his ribs were broken. Over the next 8 years his lung condition and ability to breathe continued to worsen till his right lung collapsed and he was rushed to the hospital failing to breath in early September 2014.. After two surgeries to correct the collapsed lung, further x-rays and a biopsy were done and he was told without a transplant he had 4-6 months to live. He had less than 20% lung capacity and went on oxygen 24/7. He was listed for Transplant – Dec. 18th, 2014 and three days later, he received THE CALL and a double lung transplant was completed the morning of Dec. 22nd.  Since that time Eric has celebrated two years of great health, no complications, has returned to work full time, is also umpiring again, and remaining active in all the afore mentioned interests and commitments. He thanks his surgeons, the nurses and God for his second chance. 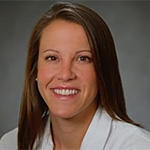 Melissa has over a decade of nursing experience specializing in the fields of cardiac surgery, trauma and emergency room, and currently in lung transplantation. She obtained her Bachelor of Nursing at James Madison University in 2006 and completed her Masters of Nursing at the University of Pennsylvania in 2015. She has been a Nurse Practitioner for the last 4 years specializing in the care of pre- and post-transplant patients in both the inpatient and outpatient settings. Her areas of specialty include kidney health in patients after lung transplantation, primary graft dysfunction, care of patients with pulmonary disease awaiting organ transplantation, CMV viremia treatment and prevention, and palliative care. In addition to her clinical work, she is a part-time faculty member at the University of Pennsylvania Nursing School where she mentors Nurse Practitioner students at clinical sites and as a faculty in a physical exam lab. She loves her job at Penn because she has the honor to work with an amazing team of dedicated nurses, advance practice providers, physicians, surgeons, nutritionists, physical therapist, and speech and swallow therapists. She enjoys working with lung transplant patients and she is inspired by their strength and resilience when facing a critical illness 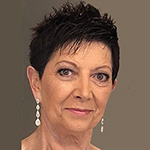 I was born and raised in South Africa where I also received my education.  My husband, daughter and I came to Los Angeles in February of 1977.   In 2005, because of a change in the health of my nails, I went to see my doc who sent me for a chest X-ray.  He confirmed that I had Interstitial lung disease and wanted me to get tested further. I was puzzled because, as a weight loss counselor for more than twenty years, I exercised regularly and was pretty fit. I ate very healthily and maintained my goal weight.

After a lung biopsy confirmed that I had Idiopathic Pulmonary Fibrosis I went on the usual regimen of meds. Things were stable until we went to Mexico and I returned in bad health. I was put on oxygen, which I believed was to be temporary. Wrong!

My health continued to decline until my doctor said I should consider a lung transplant. We didn’t hesitate and I was put on the list in June 2008. Nine short days later I got The Call. I received a pair of lungs from a male donor.  I had a very troubling start. During the transplant, my right lung received a reperfusion injury and the doctors thought I wasn’t going to make it.  I was in ICU for almost 30 days! It was a very slow recovery, but I was compliant in my care and slowly evolved into the active person I am today.

We have traveled extensively through Europe and so I’m forever grateful to my donor and family for this amazing gift of life. I’d like to help other transplant recipients to have the support needed to get through this amazing journey.

I have my incredibly amazing husband for the past 43 years and two beautiful daughters, my son-in-law and two teenage grand-kids whose support and encouragement make my life so much richer. 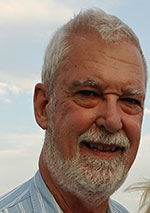 Patrick Libens was diagnosed with IPF (Idiopathic Pulmonary Fibrosis) in 2005 at the age of 55, and received a single lung transplant in July 2019 at the Cleveland Clinic.

He graduated from Ohio University with a major in journalism/communication in 1975 and, prior to retirement, worked for many years in the areas of marketing & sales, corporate profitability turn around, customer and vendor relations, budget management, resource utilization  and product development.

“From pre to post transplant my world changed, and it took me three years to figure out how I could give back. In addition to my involvement with Second Wind, I volunteer at the Cleveland Clinic as a mentor to transplant recipients. This work helps me appreciate the gift I have received, and allows me to offer hope to others who face the same challenges that I did.”